Schematic models and modes of processing meaning in verbal recollection

Depression and dysphoric mood states are often accompanied by quantitative or qualitative shifts in performance across a range of retention tasks. One of our recent studies focused on the recollection of both autobiographical events and word lists in dysphoric states. Recollection occurs when people are aware of some contextual detail allied to the encoding experience.

This study established the presence of a recollection deficit in dysphoria in two distinct paradigms. In both autobiographical recall and in recognition memory, recollection in a dysphoric group was at lower levels than recollection in matched controls. The study examined the hypothesis that the extent of recollection is influenced by two factors: (1) the degree of differentiation of schematic mental models; and (2) the executive mode that predominates when memory tasks are carried out, with the latter assumed to be altered by rumination. The relationship between responses based on recollection and alternative mnemonic responses could be predicted by measures of these two factors. 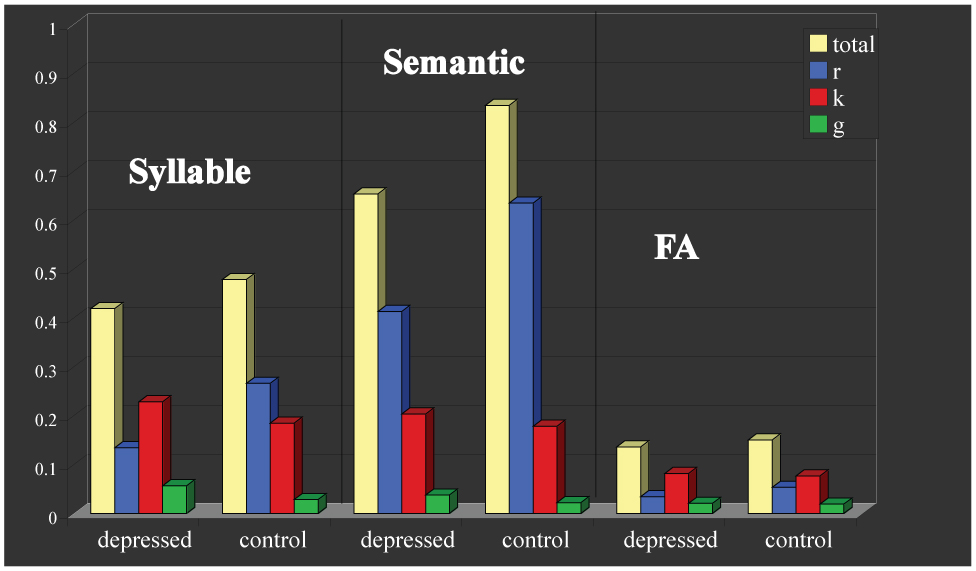 Inducing changes in "modes of processing" meaning in autobiographical memory

In two further experiments experiments we focussed specifically on non-dysphoric participants, not prone to excessive levels of rumination in everyday life. They were asked to retrieve autobiographical memories using the Williams & Broadbent (1986) procedure (AMT). In the first experiment, two variants of a self-related category fluency task were interleaved among sets of autobiographical memory cues. In one variant (blocked) a normal model of analytic rumination was induced by grouping prompts on a single superordinate theme together. We argued that this would tend to induce a mode of processing meaning in which "propositional meanings were predominantly in focus. In the other variant (intermixed) prompts from several different themes were grouped together. This was designed to invoke a mode of processing meaning focused more on implicational meanings - the level at which schematic models are encoded.It was predicted that the blocked variant would reduce the number of specific memories recollected and increase the number of categoric memories relative to the intermixed variant.

This prediction was confirmed and provides the first demonstration of a bidirectional causal influence of analytic rumination on the balance between specific and categoric retrievals. A second experiment showed no alteration in this balance when the same fluency manipulation involved animal related categories rather than self-related ones. The results support a two component model of autobiographical retrieval being driven in part by the extent to which an analytic mode of processing is adopted in the short term and in part by the level of differentiation in self-related schematic models.


The table above shows the different types of responses given to a cue word used to trigger an autobiographical memory. Fewer specific memories were generated after a manipulation that induces a propositional mode of processing meaning. Categoric memories are those include reference only to a general type of event. The logit ratio represents a corrected measure that takes out the effects of omissions.


For a full report see