In this study we adopted a method sensitive to the presence of contamination in a test of conceptual implicit memory (Ramponi, Richardson-Klavehn & Gardiner, 2007).

In the study phase of the current work participants saw two types of associate, semantic associates (e.g. boat-ship) and compound associates (e.g. leather-belt). Depth of processing was varied at study and effects of this variation were observed for the dysphoric and control participants completing the explicit version of the word-association task. As expected, dysphoric participants retrieved fewer associates overall in this test (see table below). By contrast, for the controls completing the implicit free-association task, a depth of processing effect was not observed when compound associates were retrieved. The dissociation between the explicit and implicit version of the test for the compound associates, in relation to depth of processing, corroborated the idea that in the two tests a different retrieval strategy was used. We could then argue that the test of conceptual implicit memory was not contaminated by an intentional retrieval strategy.

However, this was not the case for the dysphoric participants. They showed a depth of processing effect in the test of implicit memory when retrieving the targets of compound associates. 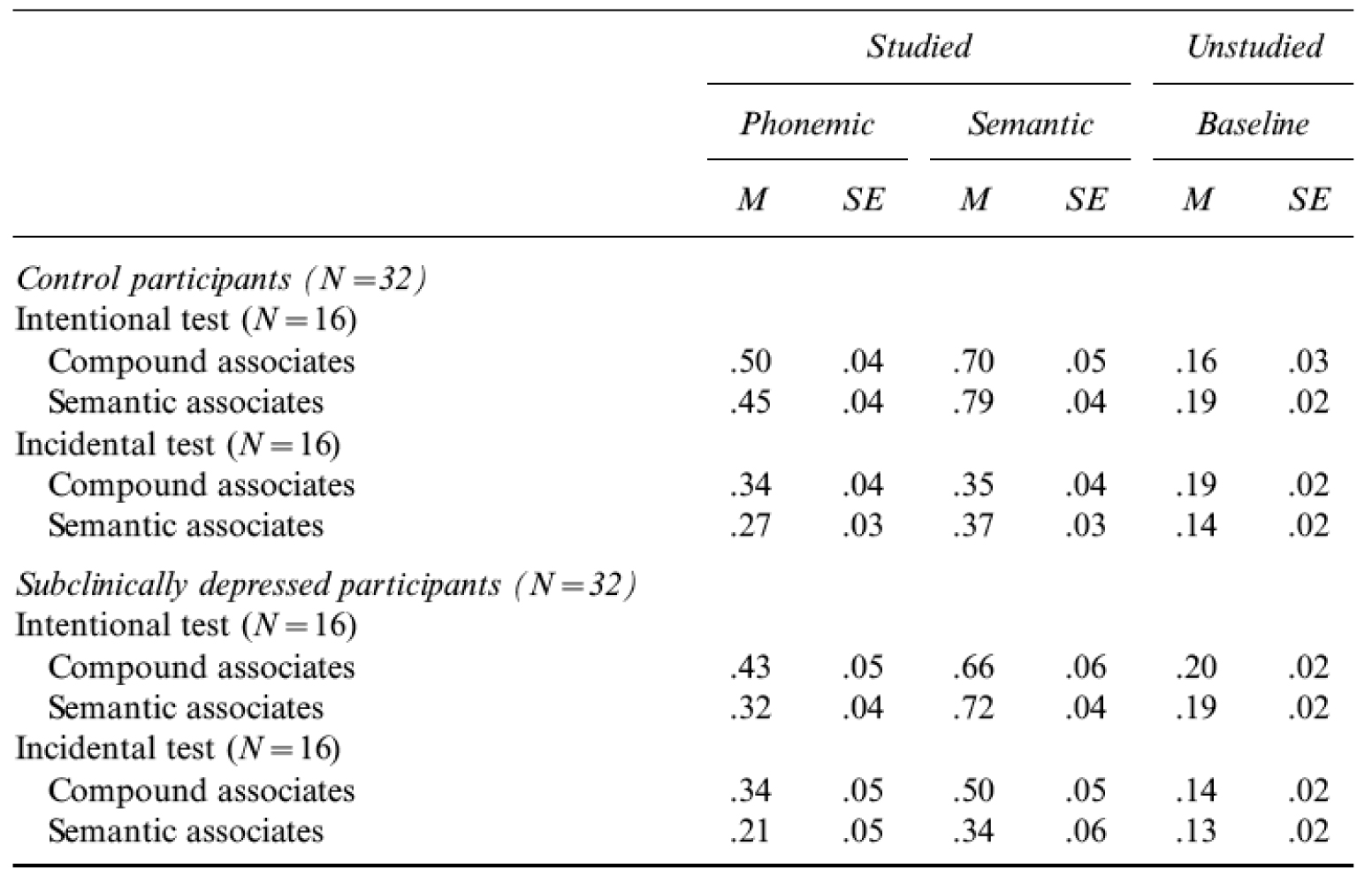 These results were interpreted as suggesting that dysphoric participants were more likely to deliberately retrieve studied words in a test of implicit memory. It indicates that the test could have been contaminated. In this case, prior studies of impaired conceptual priming should be now be interpreted with considersable caution. Our results imply that studied words were more available than any other words in the lexcion that might have been more prominent associates. Indeed, it could prove that searching for an association is more effortful for depressed people than relying on retrieving recently studied words.