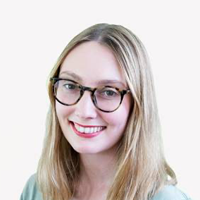 My research is interested in speech production and perception, and the interactions between these at both the behavioural and the neural level. My previous work during my post-doc at UCL focused on the influence of perception of the self-voice and other voices on speech motor control. This involved the use of sensorimotor integration tasks such as the altered auditory feedback paradigm, in which speakers automatically and unconsciously correct for artificially induced ‘errors’ in their speech auditory feedback.

For more information on my research, please visit my personal website.