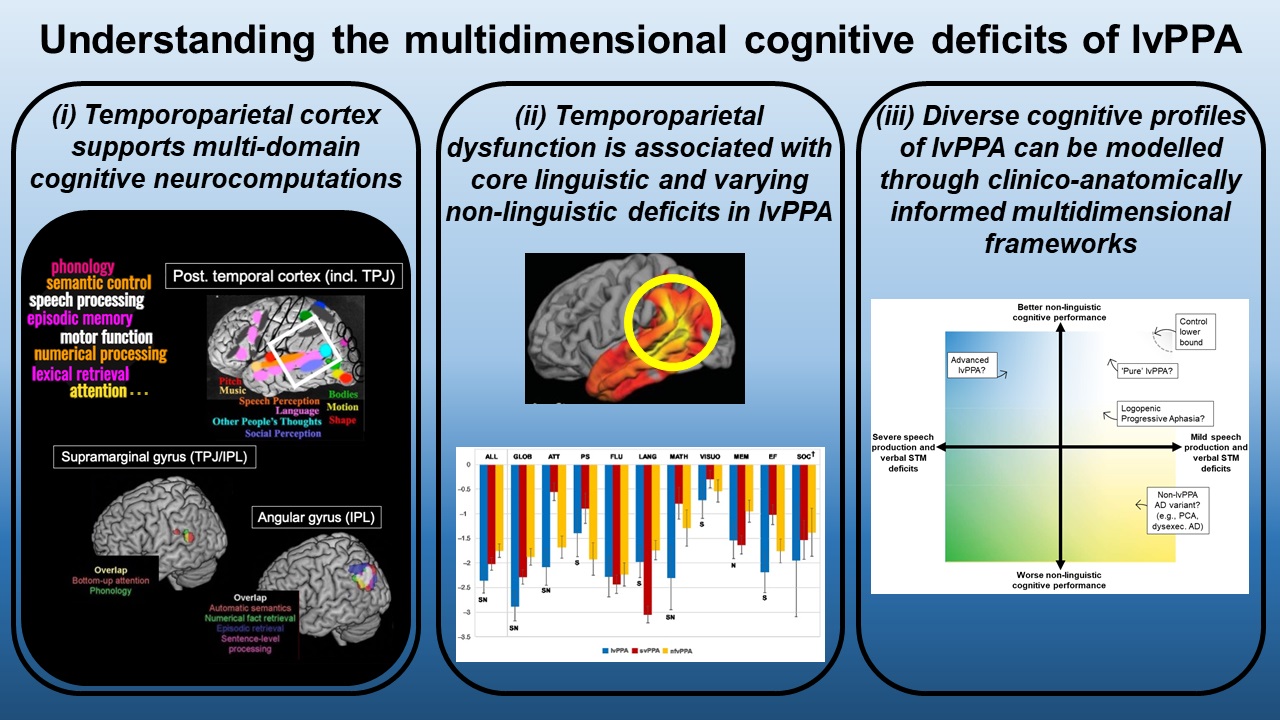 The logopenic variant of primary progressive aphasia (lvPPA) is a rare neurodegenerative condition affecting the elderly. LvPPA is diagnosed based on a specific pattern of communication and language difficulties, which in turn arise from damage to a particular set of brain regions. The close relationship between these patterns of brain-behaviour changes has meant that lvPPA has mainly been researched in context of its primary language disturbances. However, a number of recent studies have pointed to difficulties with non-language faculties, such as memory, planning, and orientation. Why a condition that has primarily been associated with language problems presents with non-language complaints is unclear. Unpacking this puzzle is important to its accurate diagnosis and characterisation.

Our review in Brain puts forward a framework to understand the myriad cognitive difficulties that are associated with lvPPA. To do this, we adopt an anatomical view, where we uncover the different cognitive roles that are supported by brain regions affected in lvPPA. We find that these regions fundamentally support not only language functions, but also memory, planning, orientation, movement, and many more functions. This explains why lvPPA can present with language and non-linguistic cognitive functions. Having this nuanced understanding of the condition allows us to better recognise, characterise and monitor the disease trajectory of lvPPA.