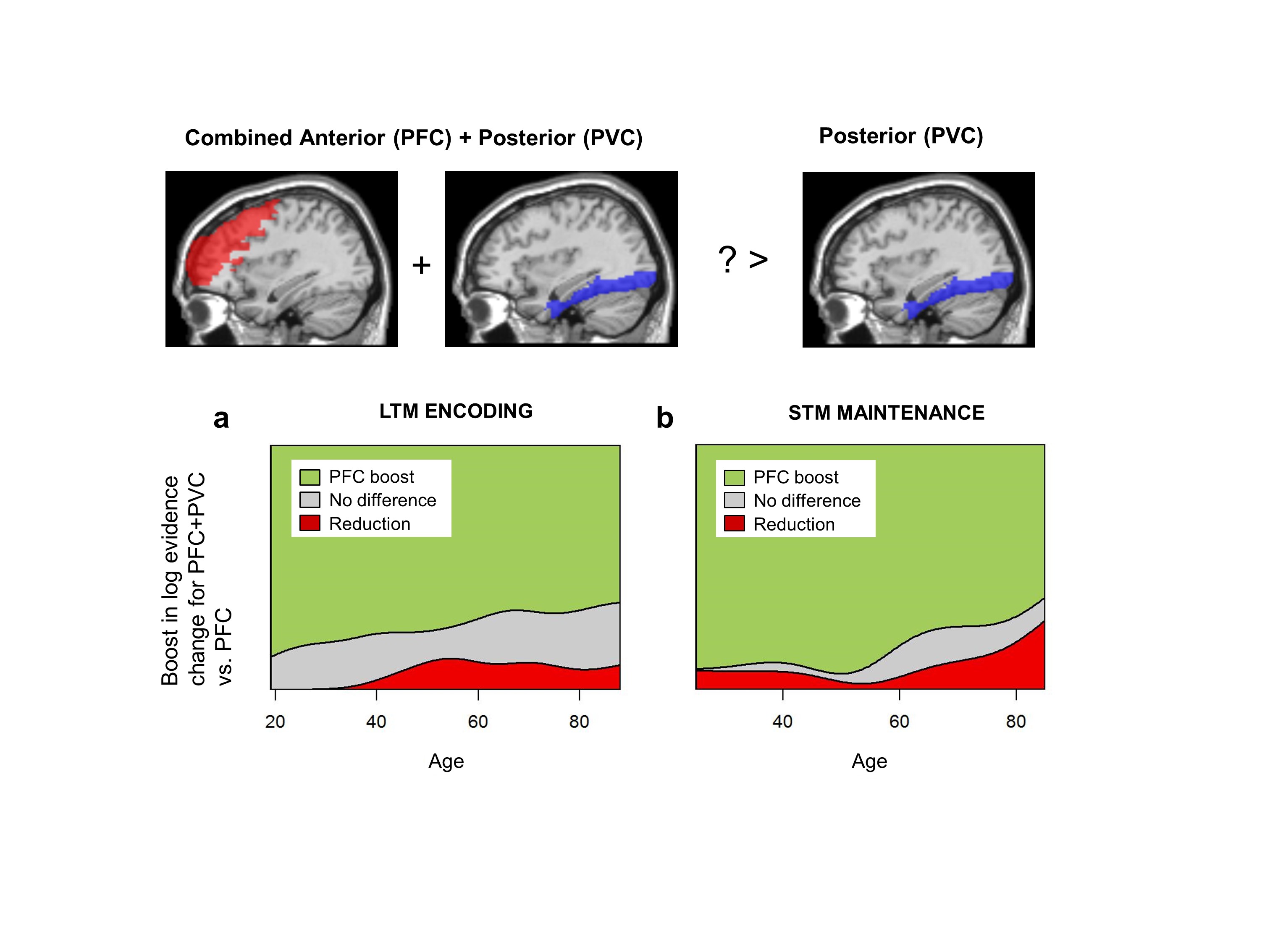 Increased prefrontal cortex activity during tasks such as encoding new memories is often observed in some healthy older adults, despite overall age-related declines in memory and other cognitive functions. This study compared two leading models of brain ageing: that the frontal cortex is either compensating for impairments elsewhere in the brain; or alternatively, that structural or neurochemical changes lead to less efficient and less specific use of resources. Using sophisticated multivariate statistical modelling of two large-scale memory datasets from Cam-CAN, the authors present evidence for the latter explanation.