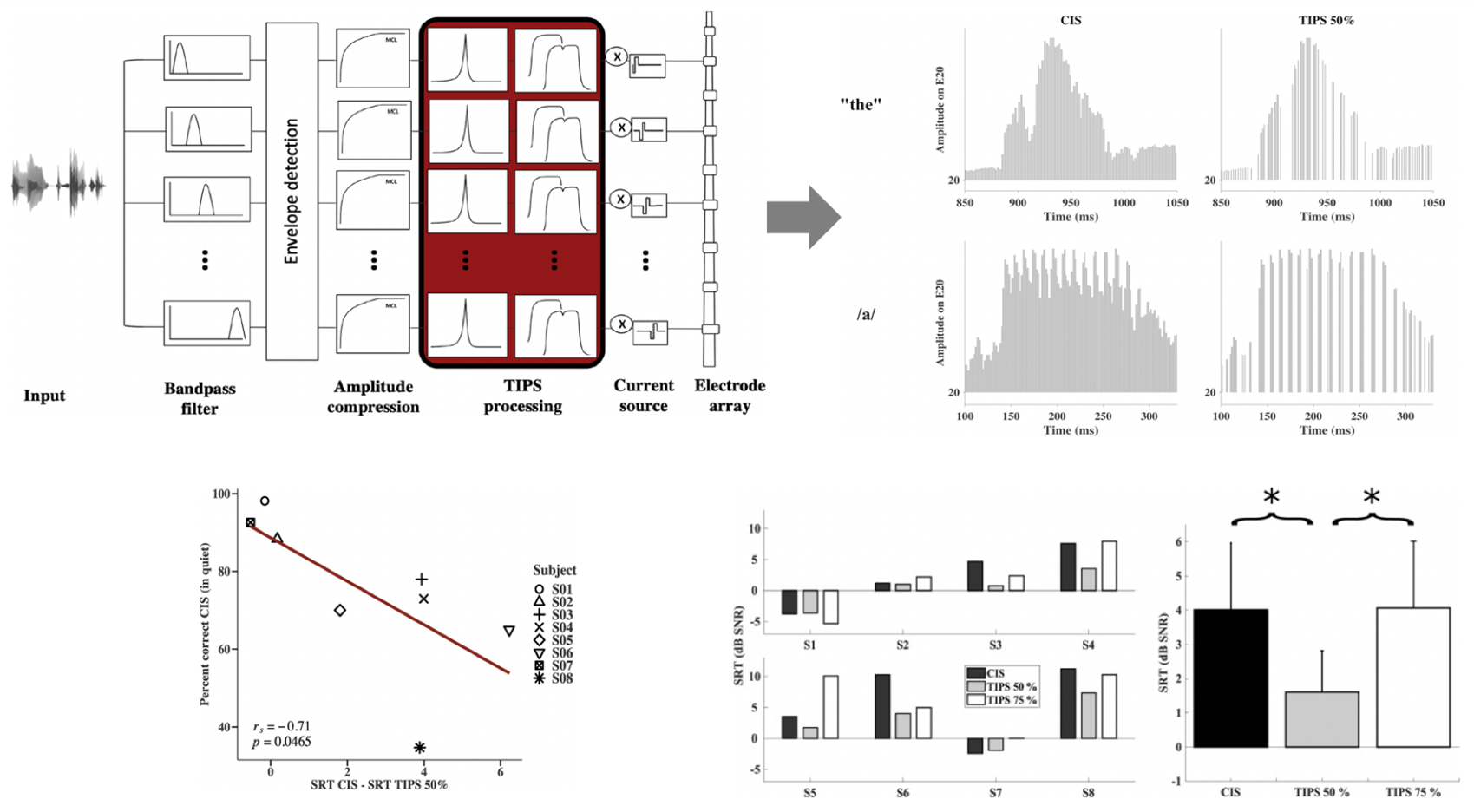 Worldwide over 800,000 people with severe-to-profound hearing loss use a cochlear implant (CI) to perceive sound. CIs can be used by babies, who are born deaf, after just a few months up to the elderly who lost their hearing later in life. Despite ongoing research efforts, speech perception in noisy environments remains a major problem with CIs and can have a negative impact on quality of life and mental health.

Researchers at the MRC CBU developed a novel CI processing strategy (Lamping et al., 2020) that uses an auditory model to remove stimulation pulses that are less likely to be perceived by a listener. The removal of these pulses reduces unwanted electrical charge interactions within and between different CI electrode channels and has the potential to alleviate listening difficulties with CIs. Due to the removal of redundant stimulation, the strategy further reduces power consumption, thereby extending battery life of CI devices or freeing up resources for more sophisticated sound processing. Results of a study with CI listeners using this strategy showed that speech-in-noise perception was improved and that power consumption was reduced by about 40% compared to a standard strategy. If the initial results are confirmed, then this strategy could be implemented to improve future CI devices.