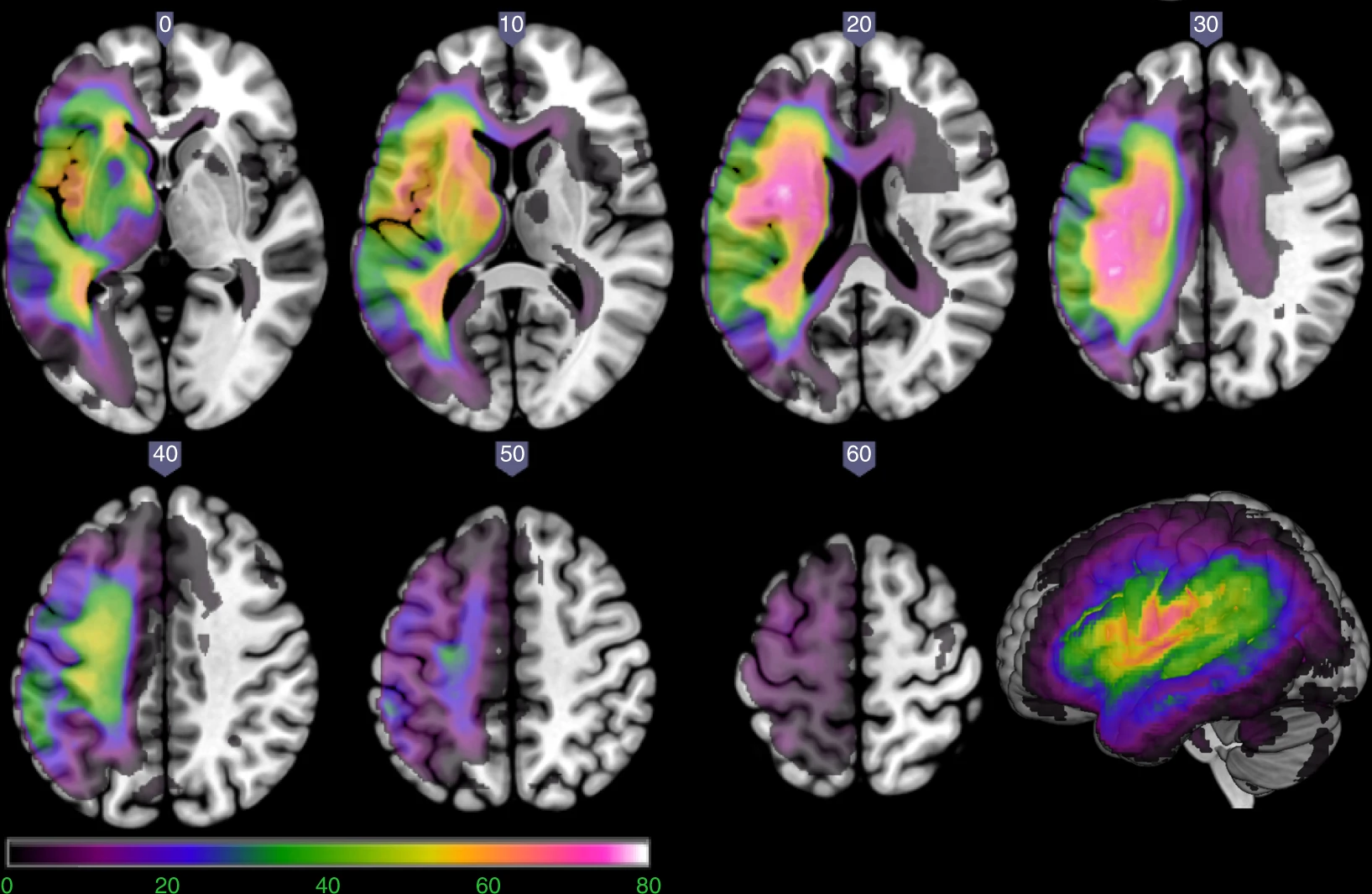 In the search for the neural basis of behaviour, researchers tend to work backwards: they first collect data about a given characteristic, then search for brain imaging metrics that correlate with that measure. But recent developments in applied mathematics and neuroimaging have enabled researchers to adopt the opposite approach. By evaluating the importance of neural features in explaining behaviour, researchers can build predictive models that get closer to establishing a causal relationship between these variables. This approach is especially powerful in cases of illnesses like stroke, when the damage to a patient’s brain occurs long before clinicians understand how it may have impaired her ability to speak and think. In this study, a team from the MRC CBU built models that predict the language abilities of patients with post-stroke aphasia. By varying three critical parameters – namely, the brain partitions, the form of neuroimaging, and the machine learning algorithm – the team was able to identify which models best predict different domains of symptoms. This study built a foundation for future work in predictive modelling, which is a critical step toward better medical care for patients with brain injuries.