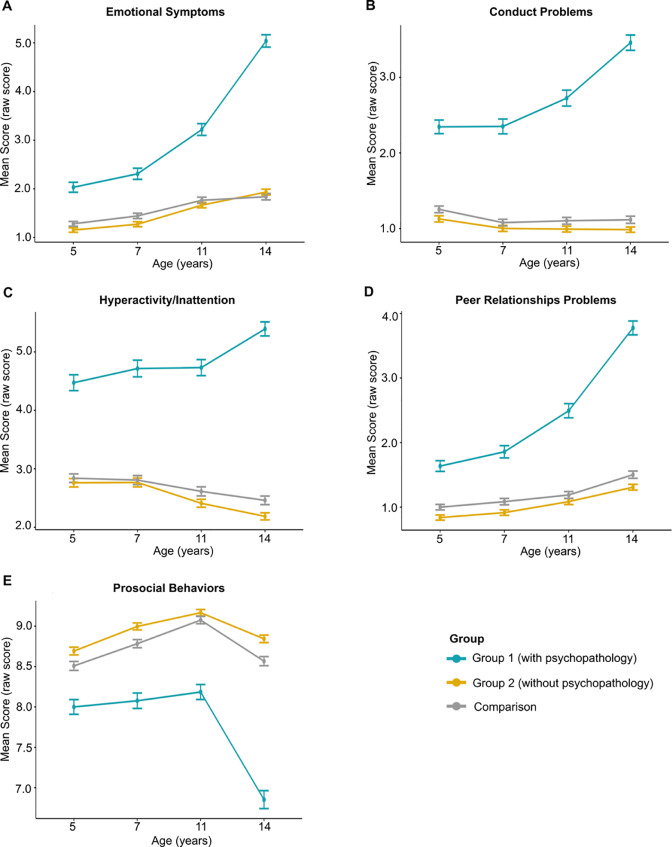 Researchers from the MRC Cognition and Brain Sciences Unit, University of Cambridge, have identified two subgroups of adolescents who self-harm and have shown that it is possible to predict those individuals at greatest risk almost a decade before they begin self-harming. The researchers found that while sleep problems and low self-esteem were common risk factors, there were two distinct profiles of young people who self-harm – one with emotional and behavioural difficulties, and a second group without those difficulties but with different risk factors.

Between one in five and one in seven adolescents in England self-harms, for example by deliberately cutting themselves. While self-harm is a significant risk factor for subsequent suicide attempts, many do not intend suicide but face other harmful outcomes, including repeatedly self-harming, poor mental health, and risky behaviours like substance abuse. Despite its prevalence and lifelong consequences, there has been little progress in the accurate prediction of self-harm.

The Cambridge team identified adolescents who reported self-harm at age 14, from a nationally representative UK birth cohort of approximately 11,000 individuals. They then used a machine learning analysis to identify whether there were distinct profiles of young people who self-harm, with different emotional and behavioural characteristics. They used this information to identify risk factors from early and middle childhood. The results are published in the Journal of the American Academy of Child and Adolescent Psychiatry.

Because the data tracked the participants over time, the researchers were able to distinguish factors that appear alongside reported self-harm behaviour, such as low self-esteem, from those that precede it, such as bullying.

The team identified two distinct subgroups among young people who self-harm, with significant risk factors present as early as age five, nearly a decade before they reported self-harming. While both groups were likely to experience sleep difficulties and low self-esteem reported at age 14, other risk factors differed between the two groups.

The first group showed a long history of poor mental health, as well as bullying before they self-harmed. Their caregivers were more likely to have mental health issues of their own.

For the second group, however, their self-harming behaviour was harder to predict early in childhood. One of the key signs was a greater willingness to take part in risk-taking behaviour, which is linked to impulsivity. Other research suggests these tendencies may predispose the individual towards spending less time to consider alternate coping methods and the consequences of self-harm. Factors related to their relationships with their peers were also important for this subgroup, including feeling less secure with friends and family at age 14 and a greater concern about the feelings of others as a risk factor at age 11.

Stepheni Uh, a Gates Cambridge Scholar and first author of the study, said: “Self-harm is a significant problem among adolescents, so it’s vital that we understand the nuanced nature of self-harm, especially in terms of the different profiles of young people who self-harm and their potentially different risk factors.

“We found two distinct subgroups of young people who self-harm. The first was much as expected – young people who experience symptoms of depression and low self-esteem, face problems with their families and friends, and are bullied. The second, much larger group was much more surprising as they don’t show the usual traits that are associated with those who self-harm.”

The researchers say that their findings suggest that it may be possible to predict which individuals are most at risk of self-harm up to a decade ahead of time, providing a window to intervene.

Dr Duncan Astle said: “The current approach to supporting mental health in young people is to wait until problems escalate. Instead, we need a much better evidence base so we can identify who is at most risk of mental health difficulties in the future, and why. This offers us the opportunity to be proactive, and minimise difficulties before they start.

“Our research gives us potential ways of helping this newly-identified second subgroup. Given that they experience difficulties with their peers and are more willing to engage in risky behaviours, then providing access to self-help and problem-solving or conflict regulation programmes may be effective.”

Professor Tamsin Ford from the Department of Psychiatry added: “We might also help at-risk adolescents by targeting interventions at mental health leaders and school-based mental health teams. Teachers are often the first people to hear about self-harm but some lack confidence in how to respond. Providing them with training could make a big difference.”

The research was supported by the Gates Cambridge Trust, Templeton World Charity Foundation, and the UK Medical Research Council.