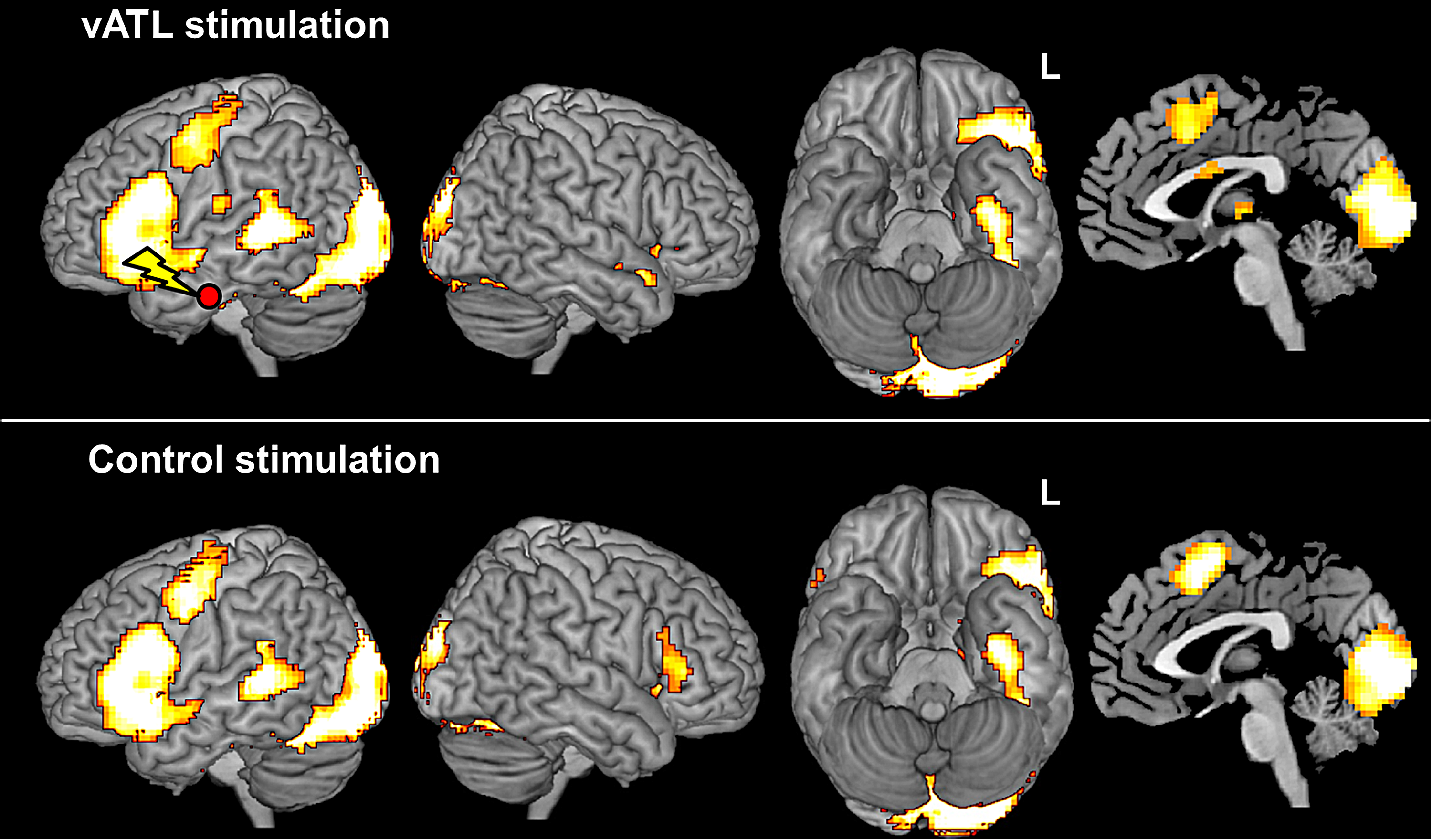 The human ability to remember is not rooted in the activity of a single brain region. Rather, many regions contribute to memory, much like many different instruments contribute to an orchestra. And just as musicians must precisely coordinate their playing, so must brain regions dynamically interact to support functions like memory. But most previous studies have stopped short of untangling dynamic interactions between regions, choosing instead to merely evaluate the strength of their connectivity. In this study, scientists at the MRC CBU used a combination of brain stimulation and imaging to investigate how regions called the anterior temporal lobes interact during semantic memory. By stimulating these regions one hemisphere at a time, the team discovered that semantic processing relies on a bilateral system that is both flexible and adaptive. Next, the team is incorporating structural imaging and fine-grained electrocorticographic data to investigate the mechanism in more detail. These results set the stage for studies of functional recovery in patients with memory problems.