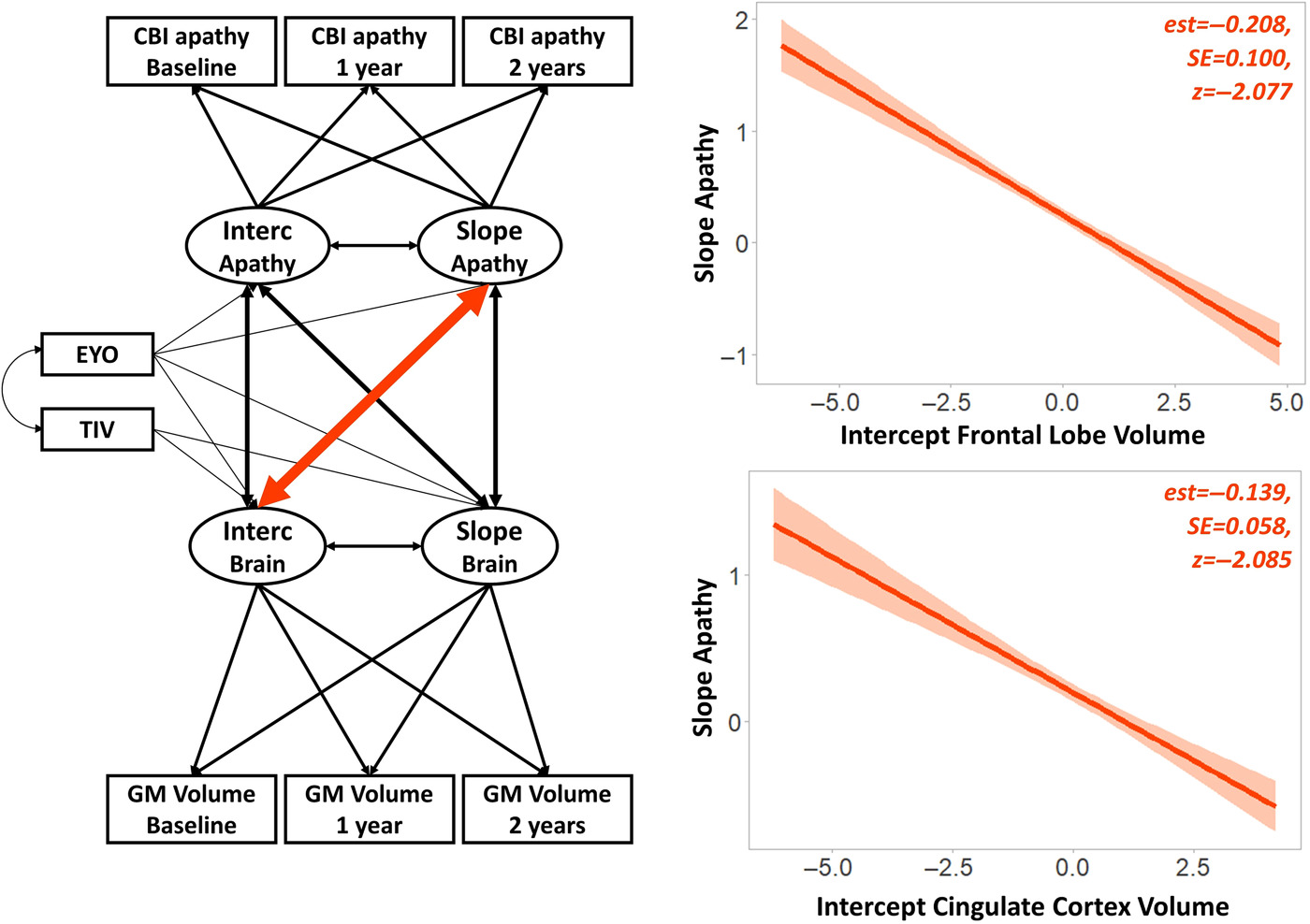 Frontotemporal dementia (FTD) is a neurodegenerative disorder that affects regions of the brain involved in key cognitive functions, such as abstract reasoning and emotion regulation. Apathy—a multifaceted construct that describes a range of behavioural and cognitive impairments—has been associated with worse outcomes in FTD. In this study, researchers aimed to understand whether apathy begins to develop before FTD becomes detectable. To do this, they looked at patterns of brain structure, cognition, and behaviour in participants who carried genetic precursors of FTD, but who had not yet developed symptoms of this disease. Over the course of two years, the apathy of asymptomatic FTD carriers became more severe. Baseline apathy was also found to predict cognitive, behavioural, and neurological decline over time. Malpetti and colleagues concluded that apathy is an early marker of FTD-related changes in both brain and behaviour, and that it can predict the speed of deterioration before dementia onset. Importantly, apathy may be a modifiable factor in those who carry the genetic precursors of FTD. Future research and clinical interventions should endeavour to target the causes of apathy in order to prevent the neurological and cognitive problems associated with FTD.