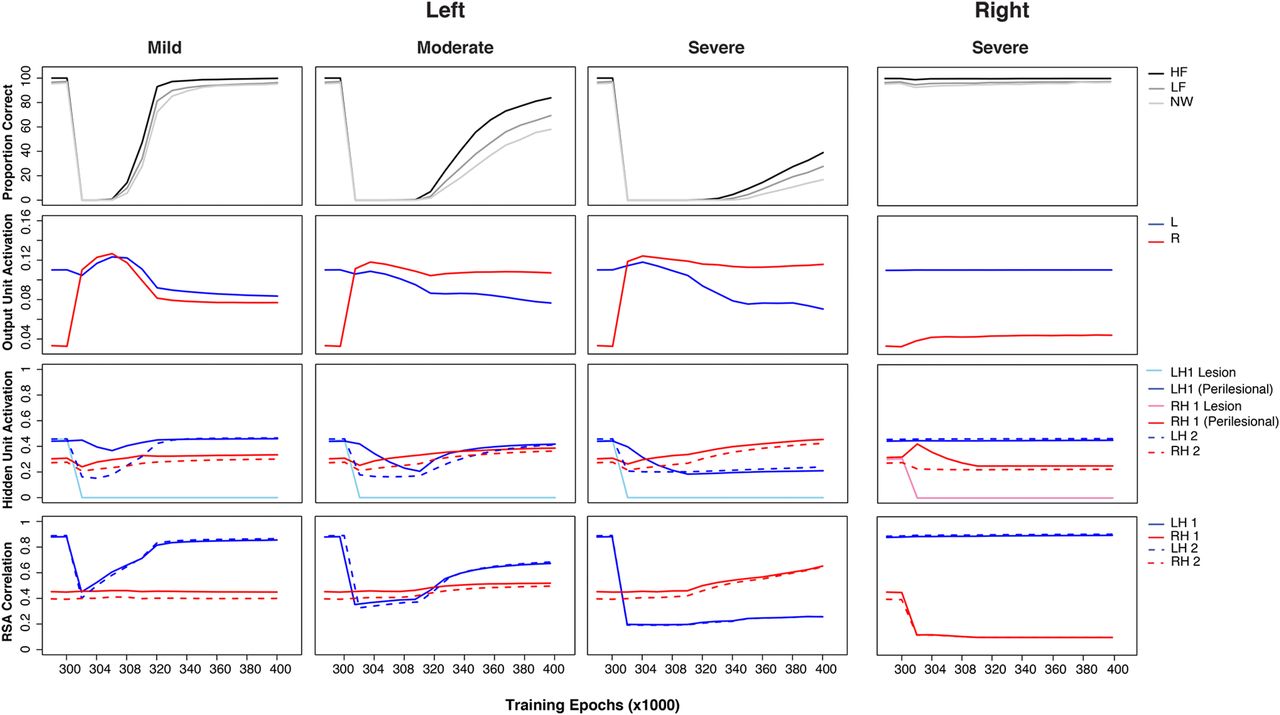 Communication lies at the heart of human life and society, and people who lose their ability to understand and produce language often suffer far-reaching difficulties. This condition, which typically arises through a brain injury like a stroke, is known as aphasia. Scientists began to study aphasic patients back in the 1800s, but because their explanations were often contradictory and rarely rooted in the underlying biology, the field still lacks a coherent account of aphasia. In this pioneering study, scientists from the MRC CBU developed a comprehensive model of speech production in both healthy and aphasic patients. By incorporating key computational features of language and the brain, the model can explain a wide range of seemingly contradictory observations, such as the fact that language involves both hemispheres of the brain – but in an asymmetrical way. Furthermore, the model accurately models the recovery of language after a stroke and can simulate both behavioural and neuroimaging data. This ground-breaking work offers a comprehensive and coherent platform for future studies of language.