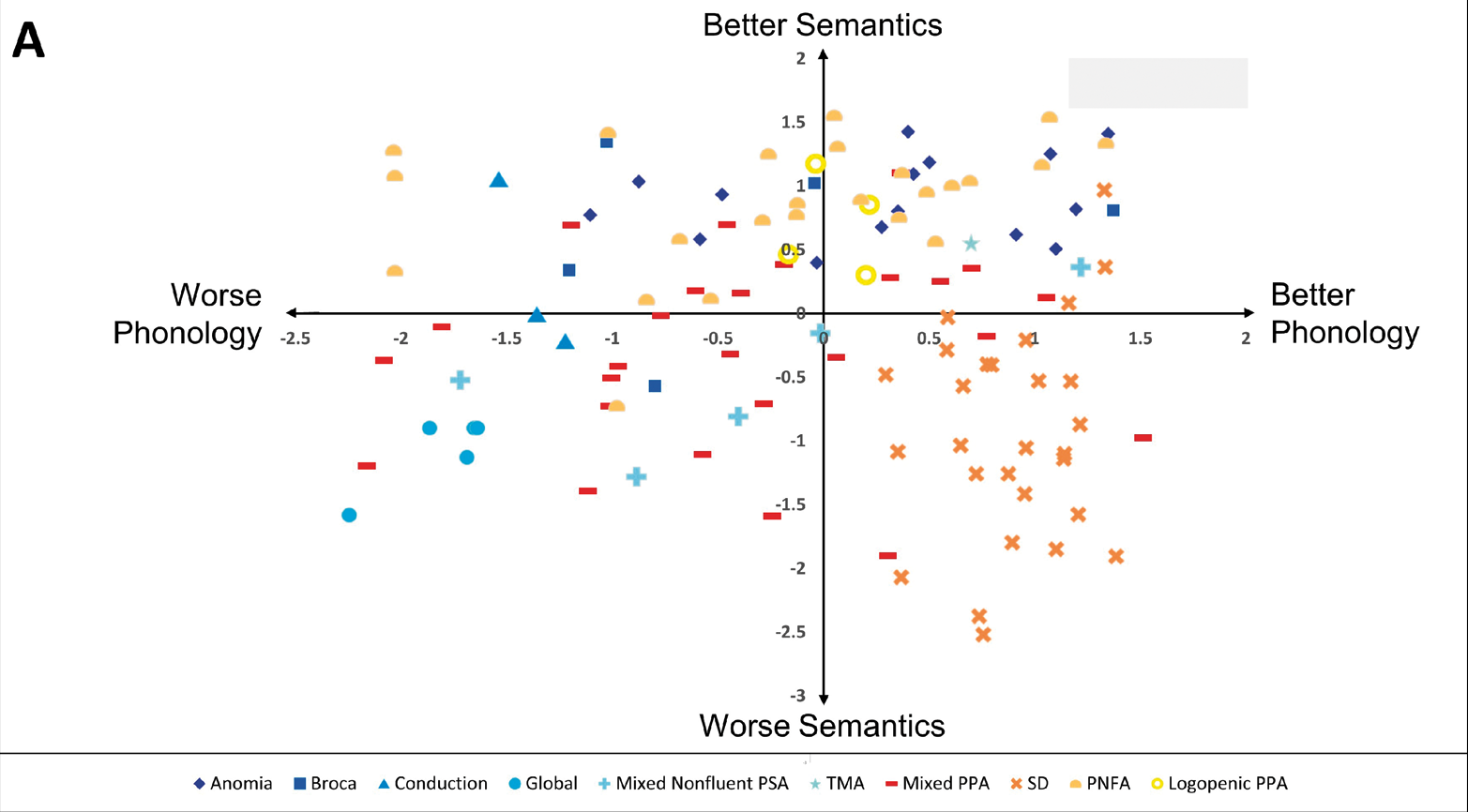 When a patient suffering from brain damage struggles to speak or understand others speaking, she typically receives a diagnosis of primary progressive aphasia (PPA) or post-stroke aphasia (PSA). The label she is given depends on the cause of her brain damage: is it neurodegeneration or stroke? But while the underlying causes of PPA and PSA differ, their symptoms and subtypes usually overlap a great deal. So scientists from the CBU decided to conduct a detailed comparison of the two conditions – something that no study had done before. Using the data-driven method of principle component analysis, the authors discovered that variations in the patients’ language abilities unfolded along four continuous dimensions: phonology, semantics, speech production, and cognition. Then, with a classification analysis, the authors found that categorising patients based on multiple dimensions – rather than a single category – offers a better explanation of both PPA and PSA. Thus, by stepping away from the traditional diagnostic groupings, this research illuminates the path to clinical care for the many patients whose symptoms do not neatly fit into existing diagnoses.