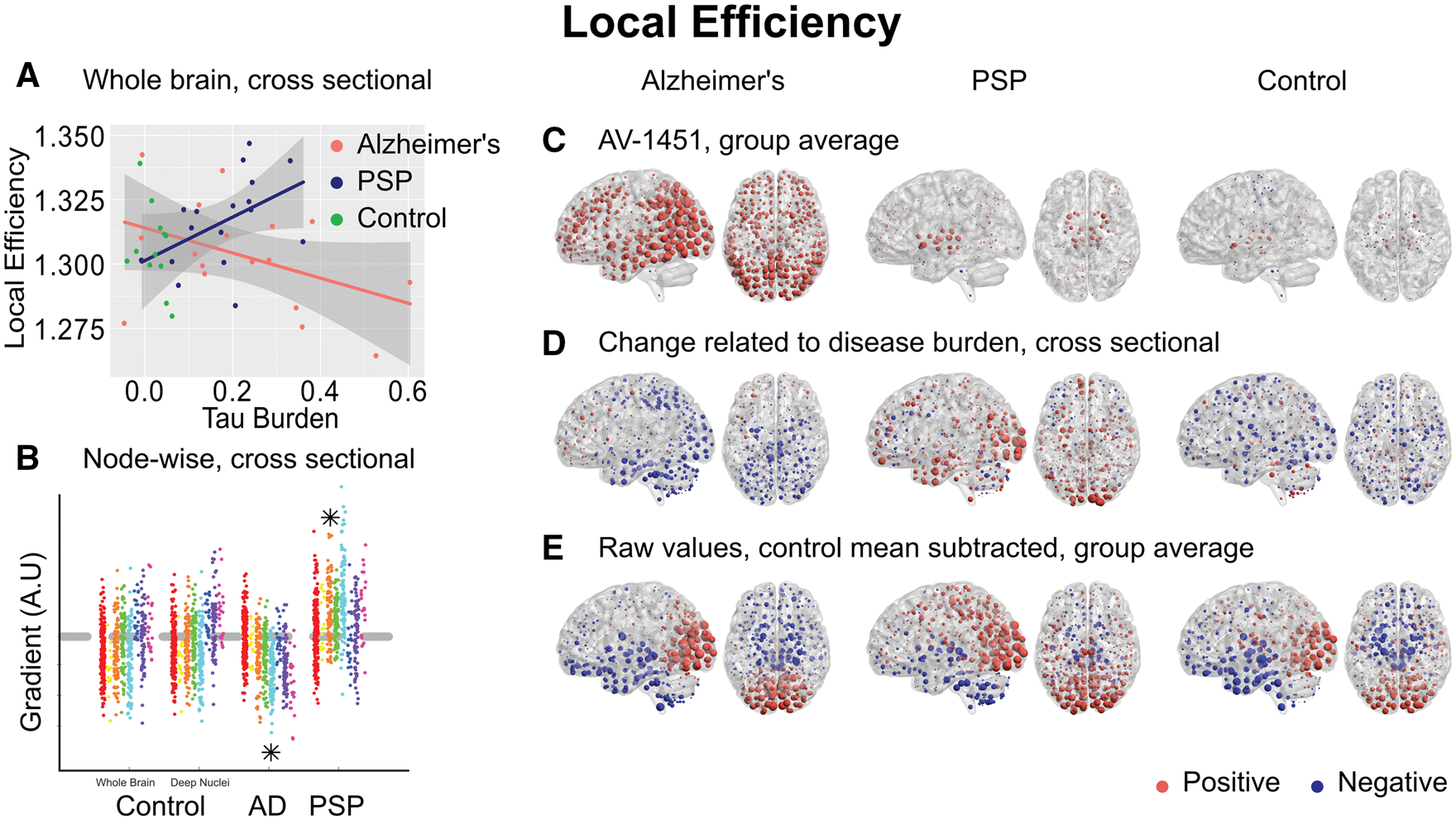 Alzheimer’s disease and progressive supranuclear palsy (PSP) are neurodegenerative diseases that affect different parts of the brain. Past research has established a strong link between neurodegenerative diseases and heightened levels of tau proteins in the brain. While Alzheimer’s primarily affects densely-connected brain regions in the cortex, PSP is characterised by the accumulation of tau proteins in the midbrain, closer to the brainstem. Researchers at the MRC CBU wanted to understand how the organisation of cellular networks in the brain results in different distributions of tau proteins across both of these diseases. In this study, researchers combined functional MRI and PET to map activity in the brain. Then, they looked at how patterns of brain activity varied according to levels of tau in different areas of the brain. They found that Alzheimer’s patients have higher levels of tau in strongly-connected areas of the brain, known as hubs, which facilitate the direction of activity in other brain regions. When tau accumulates in these hubs, their connectivity is weakened, resulting in the loss of network connectivity across the whole brain. In PSP, however, smaller-scale brain structures—rather than densely-connected hubs—were the ones found to be most affected by tau proteins. This study demonstrates that the differences between Alzheimer’s and PSP can be measured and explained using cutting-edge network neuroscience approaches, creating exciting possible avenues for future research into the nature of neurodegenerative disease. Knowing more about healthy and unhealthy brain aging puts researchers and clinicians in a better position to improve patient outcomes in the future.