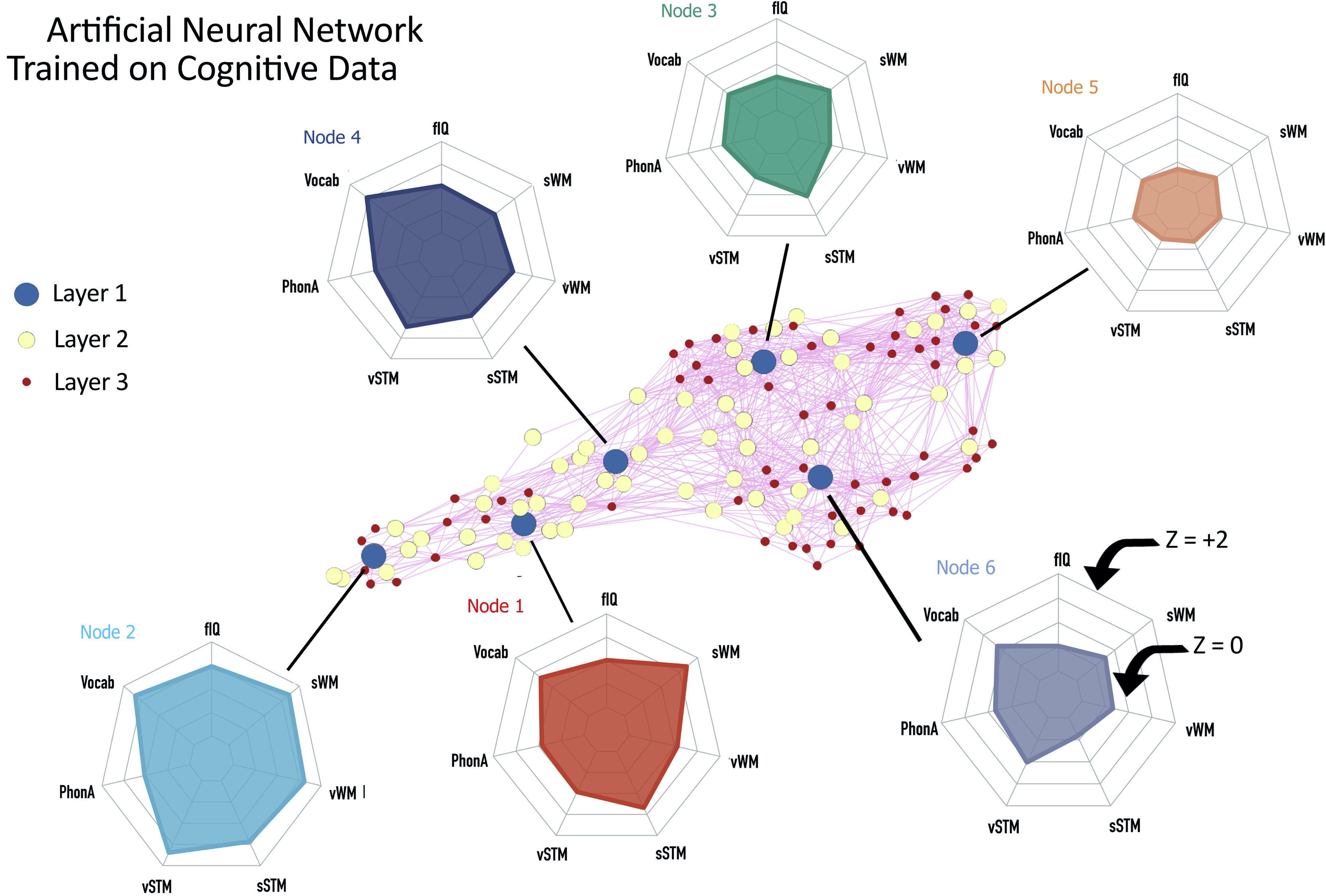 When kids struggle in school, one of the first steps toward getting them help is often labelling their difficulties with a formal diagnosis, like attention deficit and hyperactivity disorder (ADHD), autism, or dyslexia. But few children experience symptoms that fit neatly a single category – a complication that has hindered efforts to uncover the origin and mechanism of learning difficulties. This study took a different approach. Using machine learning, the research team identified groups of children who shared similar cognitive profiles, or patterns of performance on tests of attention, learning, and memory. With data from magnetic resonance imaging (MRI), the team discovered associations between cortical structure and a range of cognitive profiles across children, rather than specific links between brain regions and particular cognitive difficulties. Then, the team evaluated the organisation of the children’s brain networks using diffusion-weighted imaging (DWI). They found that children with more widespread and severe difficulties had poorly connected hubs, regions that play an important role in efficient communication across the brain.