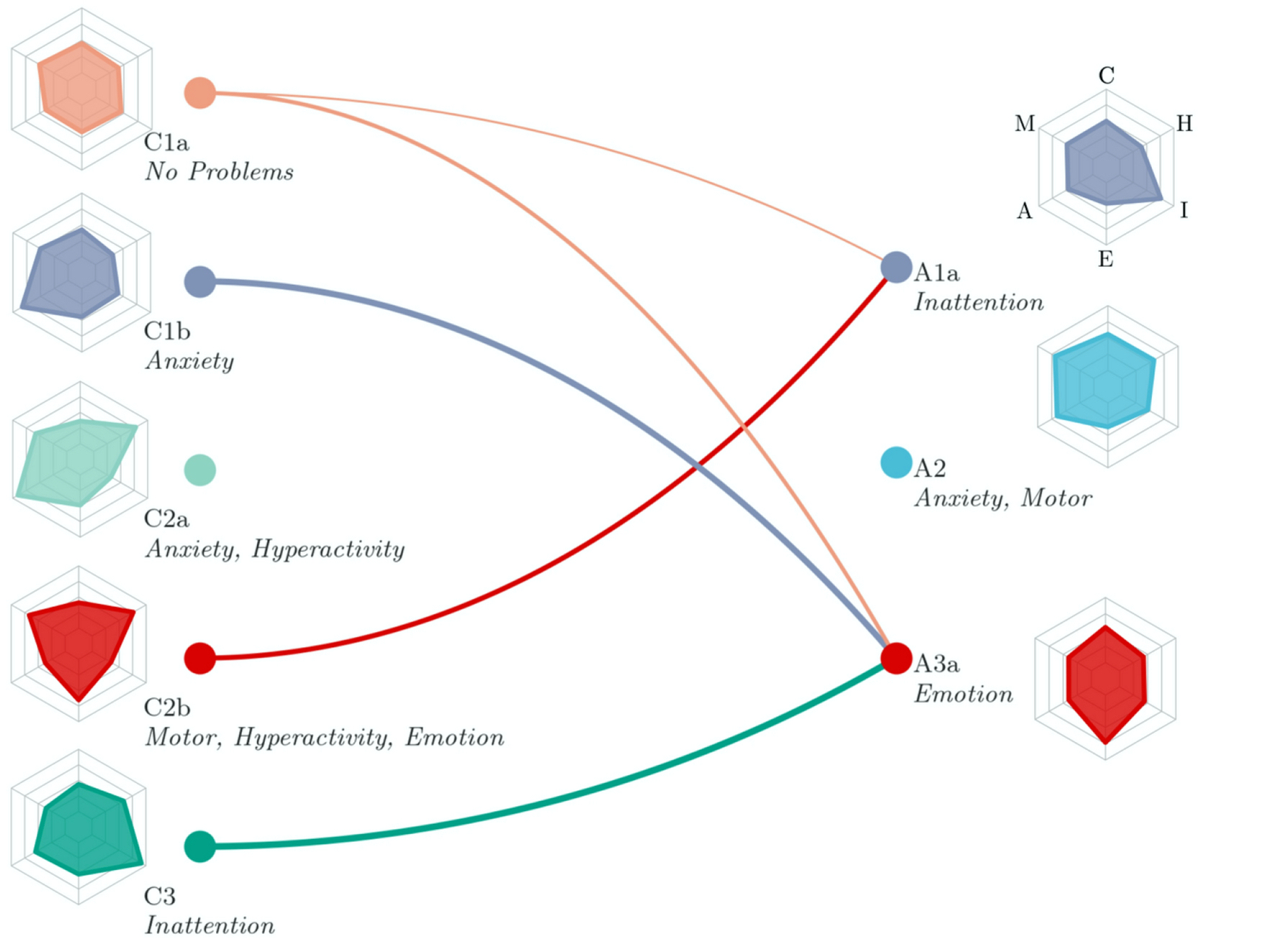 Early intervention is a powerful weapon in the fight against rising rates of mental illness. But in order to intervene before problems become serious, we must accurately predict which children will struggle later in adolescence and what symptoms they are likely to experience. Toward that end, this study followed nearly seven thousand participants from the British Cohort Study as they transitioned from childhood to adolescence. First, the team implemented hybrid hierarchical clustering to identify common patterns of emotional and behavioural problems at both ages. The patterns differed substantially between the two time points, which shows that early problems may appear in new ways as children grow up.  Then, the team tested which transitions – or changes in subgroup across development – occurred more often than would be expected at random. A few specific patterns emerged: multiple common problems converged on emotional problems in adolescence, while early motor symptoms later shifted to inattention problems. Fortunately, over half of children also transitioned to having no difficulties in adolescence; these children tended to come from wealthier families and have higher cognitive ability. Thus, efforts to prevent the emergence of mental illness should take into account both the outward presentation and the context of behavioural difficulties in childhood.