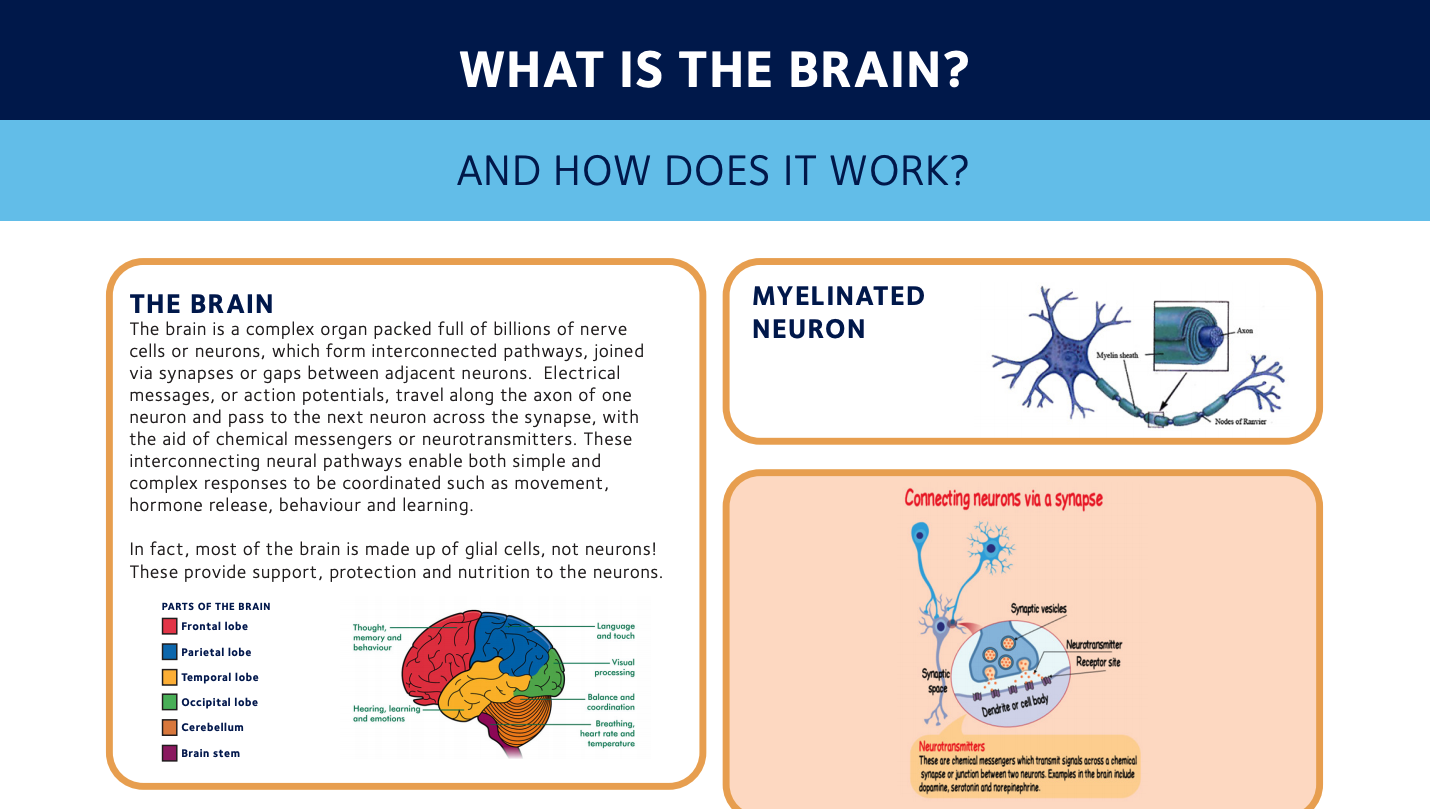 Scientific research is often depicted as an isolated endeavour that is inaccessible to the general public, let alone open to the inquiry of school children. In order to bridge this gap and to share the science of well-being with young people, a group of scientists at the MRC CBU developed a set of public engagement activities in partnership with Oxford University. The award-winning programme, supported by the support of Wellcome-funded study of wellbeing promotion in schools (MYRIAD), included online resources on both research methods and on the adolescent brain. The former aimed at generating curiosity and excitement amongst young people about the possibilities for discovery and transformation that science offers, while the latter aimed at increasing their self-understanding through the lens of neuroscience and psychology. The resources were designed not only for the young people themselves, but also their teachers, educational professionals and science communication specialists. The MYRIAD project is an exemplary project that demonstrates how – with creativity, enthusiasm, and hard work – young people can be actively included in the conversation on adolescent mental health.