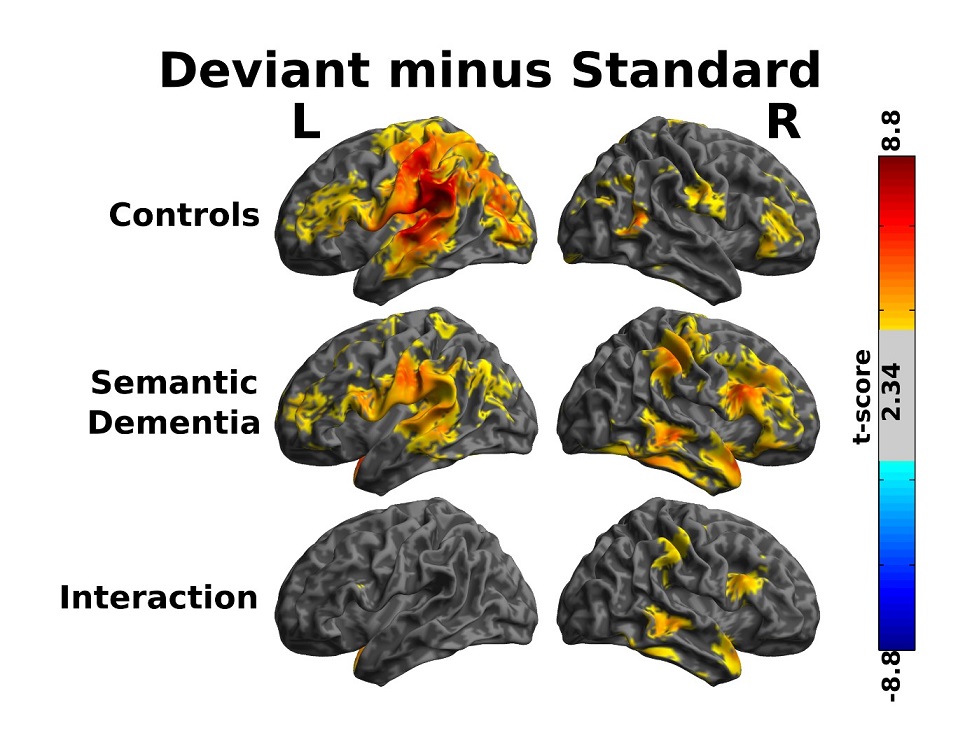 In the healthy human brain, the processing of language mainly relies on the left hemisphere, while the processing of other complex sounds recruits both sides of the brain. In this study, we scanned the brains of nine patients with semantic dementia (SD) and compared their structure and function to fourteen age-matched controls.

Using MRI we showed that the patients with SD had severe damage to their anterior temporal lobes, brain regions that are important for understanding the world, but no damage anywhere else.

Using magnetoencephalography we showed that healthy controls use mainly their left brain to distinguish words that sound similar until their ends (for example PLAYED vs PLATE). However, patients with SD used both sides of their brain. When we looked in detail at which bits of the right brain were recruited, we could see that they were all the mirror images of the language areas in the healthy brain. Specifically, atrophy of anterior temporal lobes was associated with increased activity in right temporal pole, middle temporal gyrus, inferior frontal gyrus and supramarginal gyrus. Overall, the results indicate that knowledge centres in the anterior temporal lobes are necessary for the normal and efficient left-lateralised processing of word identity by the language network.