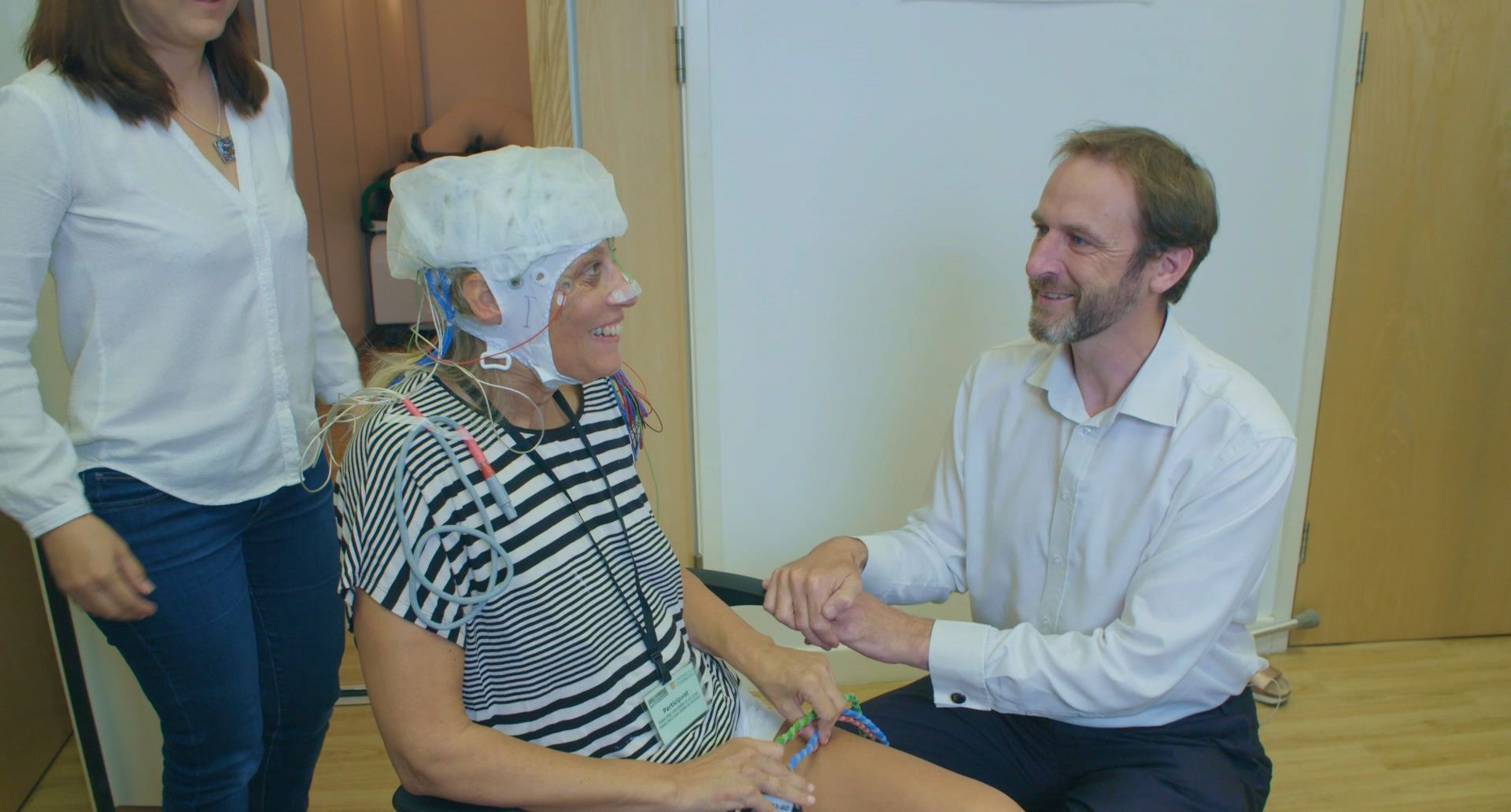 Cambridge-based clinician and researcher, Prof James Rowe, takes the spotlight in an inspiring new charity film exploring the impact dementia has on the brain and the power of research to overcome it.

The film is part of Alzheimer’s Research UK and Ricoh’s joint campaign, Dementia Uncovered, which highlights the many physical diseases that cause dementia, as well as the scientists striving to bring about new treatments.

The campaign is launched as the charity also reveals that nearly half (46%) of UK adults are unable to name a single type of dementia. The survey carried out by YouGov survey shows that when prompted, most UK adults (92%) had heard of Alzheimer’s disease, only 3% had heard of frontotemporal dementia (FTD), sometimes known as Pick’s disease.

Prof James Rowe, from the University of Cambridge takes the leading role in a film, directed by Gemma Brady (24 Hours in A&E), revealing the complexities of FTD and related illnesses such as progressive supranuclear palsy, and the hope that lies in research.

FTD accounts for one in 20 of all dementia cases, but it often affects people at a much younger age than Alzheimer’s disease.

During FTD, brain changes occur in distinct parts of the brain and can cause symptoms beyond memory problems. When the frontal lobe of the brain is damaged, it causes changes to personality, behaviour and movement and damage to the temporal lobe causes problems with learning and language.

Prof Rowe explores the impact of FTD and related illnesses on families at his clinic at Addenbrooke’s Hospital in Cambridge. Sadly, current treatments developed for Alzheimer’s disease do not work for people living with other types of dementia. Prof Rowe’s research into FTD is at the forefront of medical science, providing hope for many people.

Prof James Rowe from the University of Cambridge, said:

“It is a privilege to be able to see and work with patients in the clinic. I get to see just how hard it can be for people with FTD and related illnesses, and their friends and families. I hope that this campaign will help raise awareness of the illness, which is often an aggressive form of dementia. Research here in Cambridge aims to unpick the causes of this disease and develop better treatments for those who need it.”