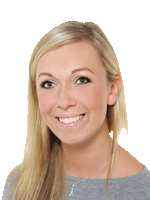 Some children are much better than others at carrying out instructions, but why? Working memory – the capacity for storing information over short periods of time – appears to play an important role. Using a virtual reality environment of a school, a research team headed by Jaroslawska has shown that children with greater working memory capacities are also more accurate in performing spoken instructions that involve navigating the school. This may cast some light on why children with low working memory abilities often struggle academically.