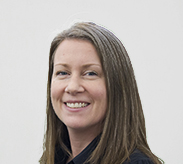 Researchers at the MRC Cognition and Brain Sciences Unit in Cambridge have shown that playing a visual computer game reduces the intrusiveness of emotional memories of events seen the day before. In two experiments, participants viewed films with traumatic content, such as public information films of the dangers of drink driving. A day later, one group watched stills of the films to reactivate memory followed by an unrelated activity for 10 minutes, and then played the Tetris video game for 12 minutes. The other group then did nothing for 12 minutes after the unrelated activity. Over the following week, individuals who had memory reactivation and played Tetris reported experiencing significantly fewer intrusive memories than those that did not. A further experiment established that the combination of reactivation of the memories with playing Tetris was critical.

The article authored by Ella James, Emily Holmes and colleagues concludes that Tetris visually demanding game-playing may have this beneficial effect through disruption of the natural process of memory reconsolidation. The work has the potential for developing techniques for reducing the frequency of intrusive memories. Intrusive memories are a core feature of post-traumatic stress disorder (PTSD), such as vividly replaying in one’s mind’s eye the moment of a car crash.