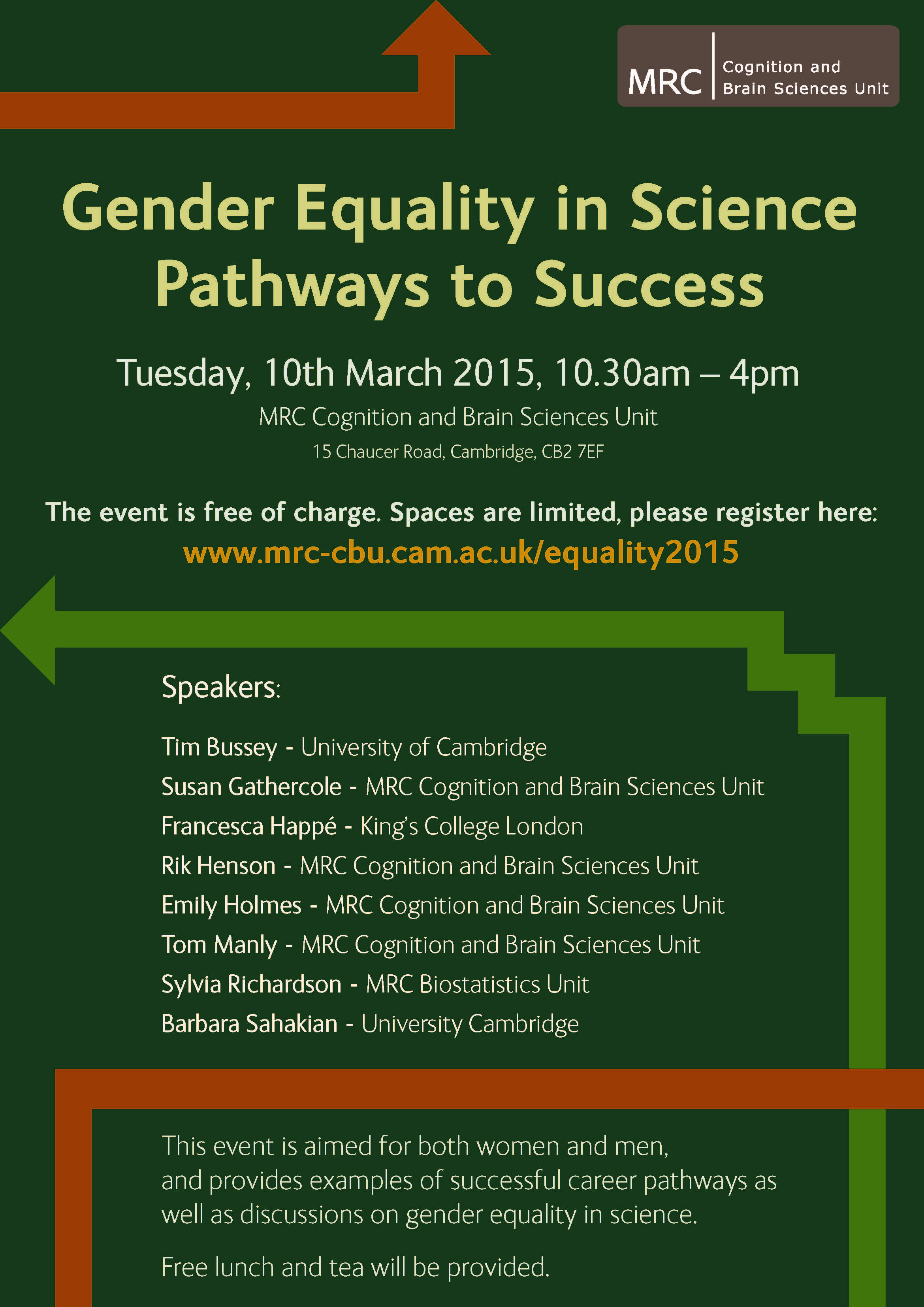 We are delighted to invite you to a one-day meeting: ‘Gender Equality in Science – Pathways to Success’.

The event is aimed for both women and men.

It aims to raise awareness to gender equality issues and to support successful career paths for early-career researchers of both genders.

The event will include a series of talks and a panel discussion, as well as free lunch and tea with opportunities for networking.

The meeting is open to everyone, including other MRC units and University departments.

The meeting is free, but registration is required as spaces are limited.

For details and registration, please visit the meeting’s website:

The meeting is relevant to any of you who are concerned about gender equality issues, want to know more about how our workplace environment is (hopefully) changing, discuss why gender equality is important and beneficial for the entire scientific community, or hear about some of the challenges that several leading researchers in our field and beyond have mastered throughout their career (or all of the above!).

Several speakers will talk about their career paths and their view about gender equality in science, as well as about the efforts that are being done to achieve that (e.g., flexible working arrangements, Athena SWAN).

The meeting’s poster is attached GenderEqualityInScience_poster

A full program will be published on the website in due course.

We hope to see many of you there!