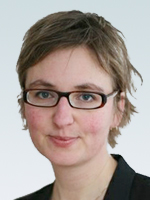 The article is an outcome of an international conference held by the charity MQ: Transforming Mental Health. In it, the authors argue that neuroscience’s understanding of the brain has much to learn from evidenced-based psychological treatments, and that new interdisciplinary research could lead to advances in treatments, such as cognitive behaviour therapy (CBT).

However, citing a ‘culture gap’ between neuroscientists and clinical scientists, they point out that psychological therapies have yet to benefit fully from the dramatic range of recent advances in science related to emotion, behavior and cognition. Part of the problem, the authors argue, is that that many people still challenge the idea of psychological treatments as scientific and are unaware of the evidence base.

Moreover, despite psychological treatments having a strong evidence base for addressing many of the major mental health conditions, the authors point out that not enough is known about why and how they work. Current research funding in to the area is also significantly lacking, standing at just 15% of all UK mental health research spend.

Professor Emily Holmes from the MRC Cognition and Brain Sciences Unit, Cambridge, and one of the authors said:

“The success of psychological treatments should provide substantial input into our understanding of both normal and abnormal neural information processing, and vice versa. However, it was clear at the MQ conference that this critical, bi-directional, opportunity is very far from being seized. This is to the detriment of understanding and treatment. This commentary is a welcome call to bridge this lamentable chasm, and build a new, integrated, science of mental health.”