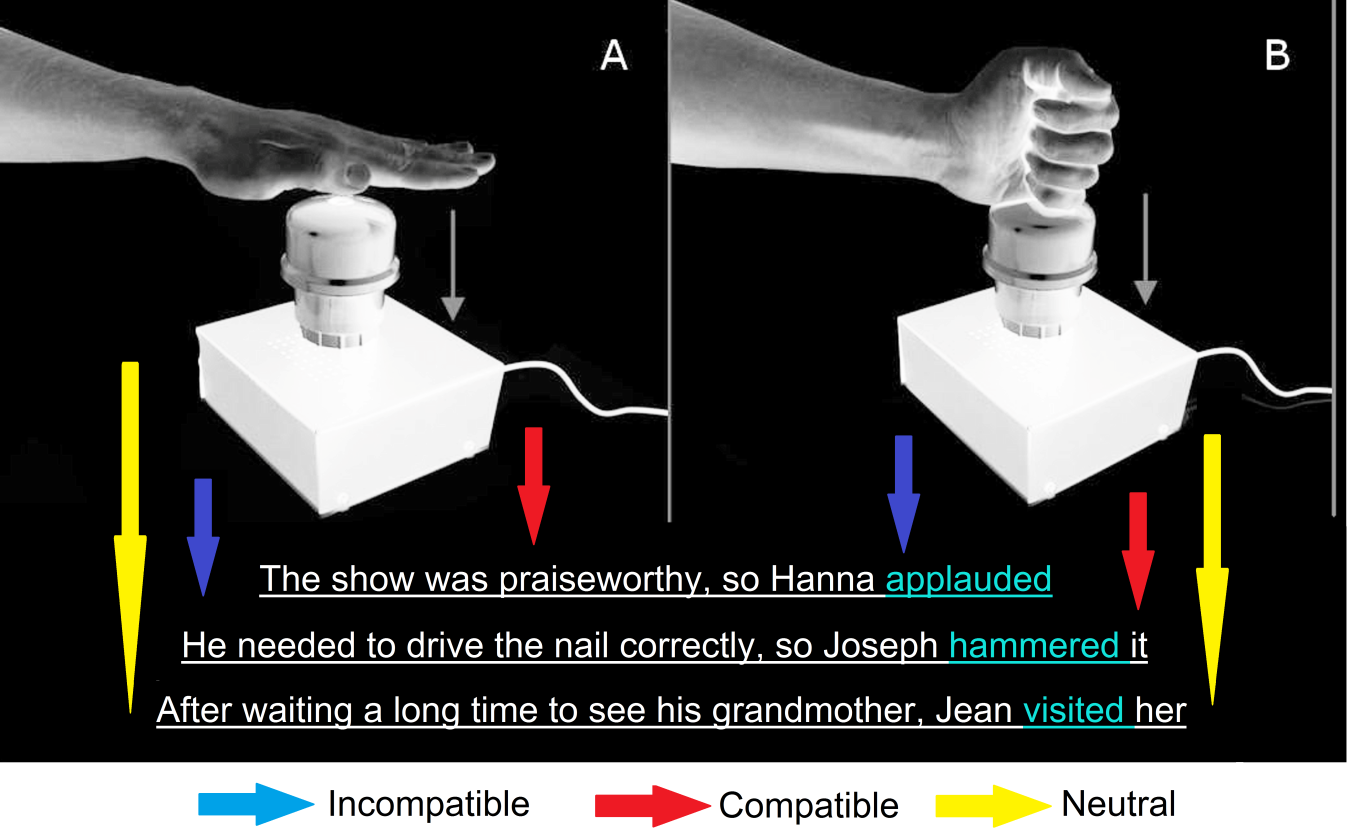 A new scientific collaboration between Argentinean and UK research teams including MRC Cognition and Brain Sciences Unit researcher Dr Tristan Bekinschtein has led to a study which has uncovered what happens in the brain when language and actions interact, and could help in the diagnoses, prognosis and treatment of neurodegenerative diseases like Parkinson.

All participants in the study performed a task (the Action-Compatibility Effect task) where they have to respond with an open or closed hand to sentences that either matched the hand position or did not. For example “The show was praiseworthy so Hanna applauded” is a matching hand position, as we applaud with open hands.

Epilepsy patients receiving a surgical implantation of electrodes onto their brain to assess the source of their epilepsy were assessed using various action-language tests, and their brain activity was directly measured using the intracranial electrodes. Direct cortical recordings in the motor areas of the brain (parts of the brain playing a key role in movement intention and action) and the language areas of the brain showed activity at the same time, meaning there is a joint process in the brain for language processing and physical actions.

Similar tests were also performed by Parkinson Disease patients and it was found that these patients behave differently; they did not have the same action-compatibility effect, a result that implies these patients have a miscommunication between the language and the motor areas in the brain.

Both findings, the Park inson patients’ behaviour and the epilepsy patients’ direct brain recordings, support the idea that language and action interact in the brain directly and influence each other. This information could help open up new avenues of research for epilepsy and Parkinson’s Disease and help us understand more about how language and actions converge in our brain and what happens when this goes wrong.

The work was done as part of a collaboration between Argentinean research centres the Epilepsy Laboratory, IBCN, University of Buenos Aires, the Epilepsy Section, Ramos Mejía Hospital, the Institute of Cognitive Neurology (INECO) and the Medical Research Council (MRC). To read the full paper see here.