Adele Pacini, in her PhD studies with Philip Barnard & Tim Dalgleish, has investigated two types of effects reported in the literature on embodied cognition.

One of these paradigms involves moving a lever in response to positive and negative words. The classic effect reported in the literature shows a relationship between approach-avoid actions and affective valence. People are faster to move positive words towards the body and negative words away from the body. More recent research has showed that movements in relation to a representation of the self may be more important than the body per se (Markman & Brendl (2005). Adele's research has systematically examined the contributions made to reaction times by (a) requirements to evaluate valence (b) the role of movement intention and (c) individual differences. In these studies lateral joystick actions moved positive and negative words towards or away from the participant's own name: 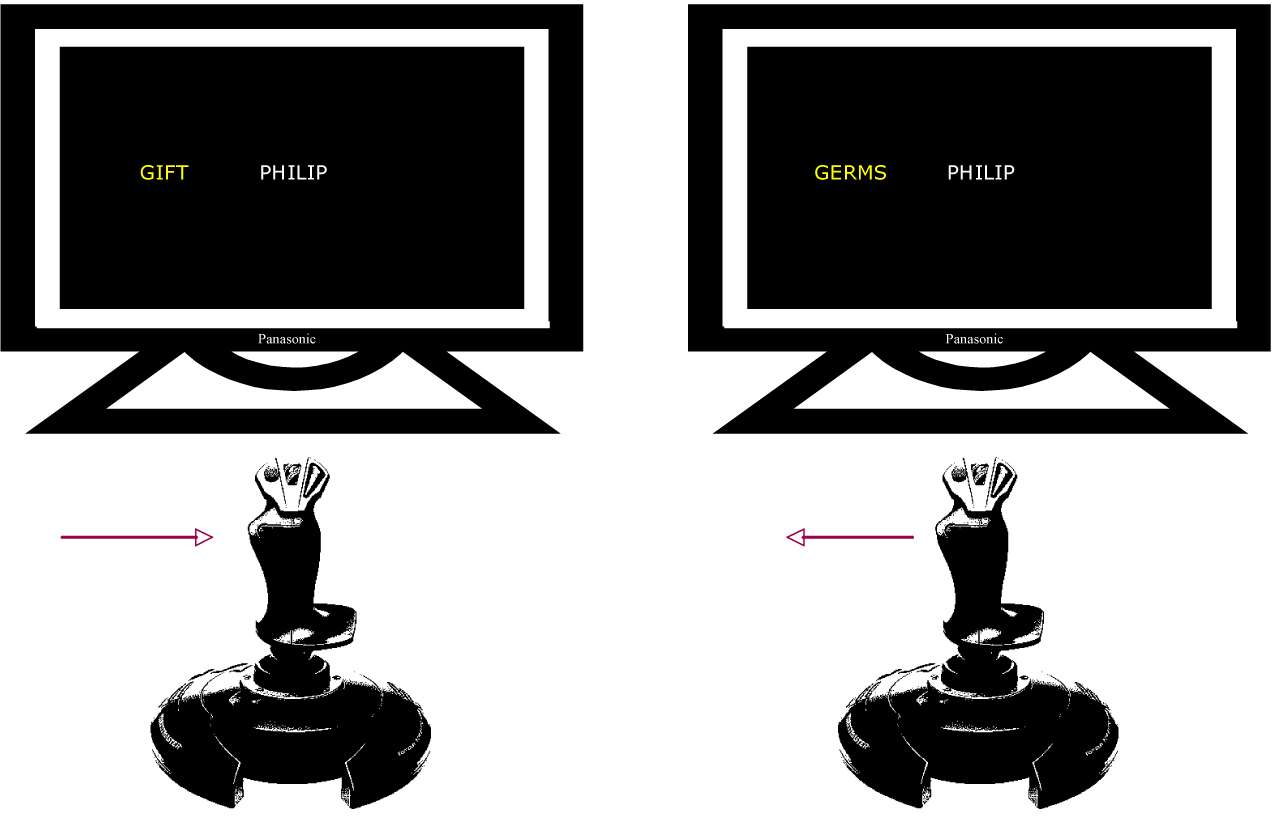 The other paradigm studied in some detail by Adele is that developed by Meier & Robinson (2004). They showed that people were faster to respond to positive words in upper regions of space and negative words in lower regions of space - consistent with a stable association of positive valence with being "up" and negative valence with being "down". Several findings have been obtained indicating that the mappings between directionality and valence are not as stable as simple metaphor theories would suggest.

A report on some of this work can be found here

When the sunny side is down: Re-mapping the relationship between direction and valence, Europe's Journal of Psychology, 7(4), 686-696.

There is currently growing interest in the neuroscience and cognitive science of dance. Ideas concerning embodiment, emotion and movement empathy are all topics of current interest. A number of present and ex-cbu staff were initially invited to participate in the research process behind London-based choreographer Wayne McGregor|Random Dance's production of ATAXIA. This piece explored movement disorder and was first performed at Sadler's Wells by Random Dance in 2004. As one part of this research process we studied how dancers viewed and "parsed" short segments of dance material. CBU statistician Ian Nimmo-Smith developed some new representations to capture the fact that no two people "see" the same temporal organisation of movement elements: 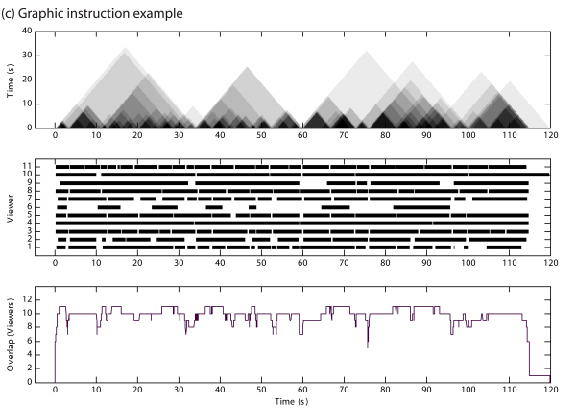 The "piano roll" figure in the centre shows how 11 different individuals actually parsed the same dance sequence. The bottom continuous trace represents the number of viewers who agree that adjacent frames of the video are part of the same unit. This visualisation shows that most viewers were "seeing" continuity rather than discontinuity most of the time. The downward fissures indicate that a particular bounding property is agreed by rarely more than one-half of the viewers. The mountain range visualisation represents the same data with time on both axes of the graph. This emphases densities of agreement - what amounts to a statistical phrase structuring!

This and several other aspects of the Choreography and Cognition project appeared in a series of papers:

Philip Barnard continues to collaborate with arts researcher Scott deLahunta and choreographer Wayne McGregor. This long running project is examining how creativity might itself be augmented in the context of the ongoing work of a major contemporary choreographer. We have been examining how imagery is used in creative tasks, and are developing models and tools for use in the studio across a spectrum of dance enthusiasts that runs from kids in school to the most elite professional dancers. Some of the fMRi and behavioural work on dance imagery is covered in the following paper:

and a brief piece on the our bridging model discusses how inspiration in art is carried through artistic processes to its realisation in a physical artwork.

The ICS model and its evolutionary foundations has also been used to re-frame the discussion about how music gives rise to meaning and emotion: